This was the third training organized by the GBA Taskforce of HKAPI, since the announcement of the Measure of using Hong Kong-registered drugs and medical devices used in HK public hospitals in the Greater Bay Area (“The Measure”).

The Sharing session began with a warm welcoming from Mr Richard Run (Board member of the HKAPI and Sponsor of the GBA taskforce).

After a short break, Ms Huo Peiqiong (General Manager, China Resources Guangdong Pharmaceutical Co., Ltd) shared CRGP’s experience as a distributor at the pilot phase of the Measure. She also touched on how the pharmaceutical industry and the distributor worked closely to support the importation and usage of HK-registered drugs and medical devices in GBA.

Mr Felix Lee (President & CEO of UMP Healthcare China Limited) presented the medical group’s expectation for further extension of the Measure and healthcare services development in GBA, followed by a panel discussion with Ms Huo. Last but not least, Ms Dora Mo (Board member of HKAPI and Lead of the GBA taskforce) wrap-up the presentations and marked the end of the Sharing Session.

Our members were more than glad to learn about the GBA policies, the Measure and the healthcare services development in GBA from the speakers. 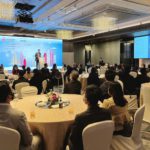 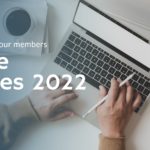